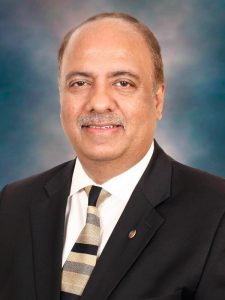 Shekhar Mehta is only the 4th Indian in 115 years to be nominated as the President of Rotary International and will serve for the year 2021-22.

Shekhar Mehta was born in 1959 in Kolkata India. A keen academician, he graduated from St. Xavier’s College, and has the unique combination of a Masters in Commerce, a qualified Chartered Accountant, Cost Accountant and Company Secretary.

He heads the Skyline Group engaged in Real Estate Development in different parts of India, including the largest group housing in the state of Rajasthan.  He is member of many professional, cultural and charitable organizations.

He has served as trustee of Shelter Box (UK) and is a trustee of Operation Eyesight India, a Canada based organization.

Shekhar Mehta is married to Rashi Mehta. She is a social worker and is a stage artist having performed in socially relevant plays across India.  They have a son Chiraag married to Geeta, a daughter Geeta and a grandson Veer. 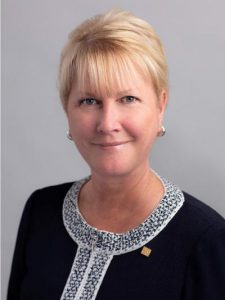 Jennifer is the Founder and President of Media Street Productions Inc., a twenty-five-year old, award-winning media company in Windsor, Ontario. She is a proud member of the Rotary Club of Windsor-Roseland.

Her talents have strengthened Rotary reach and impact, through many roles including as Trustee of the Rotary Foundation, RI Vice President, and co-chair of the End Polio Now: Make History Today campaign, raising funds alongside Bill and Melinda Gates and their Foundation.

Jennifer is a leader in cultivating “experiential fundraising” opportunities such as Rotary’s Polio Golf Day with Jack Nicklaus in Jupiter, Florida, USA, which raised over $5.25 million for polio eradication in one day. Or, the innovative, virtual COVID-19 #RotaryResponds event that raised money for COVID-19 relief projects and showcased Rotary’s response across the globe.

Working alongside political figures, celebrities and global leaders, she uses her voice to raise awareness and hundreds of millions of dollars to eradicate disease, support peace and provide clean water and sanitation in developing areas of the world. Her skill as an expert storyteller inspires hope and promise and motivates people to take action.

She has received many honours and recognitions including Rotary’s Service above Self Award and the Citation for Meritorious Service, the YMCA Peace Medallion, the Queen’s Diamond Jubilee Medal, and Wayne State University’s Peacemaker of the Year Award – a first for a Canadian.

Jennifer is married to Rotarian Nick Krayacich, a local family physician. They share a love for many things including travel, cycling, golf and relaxing at their family cottage; and they share a thirst for adventure, which has included cresting the summit of Mount Kilimanjaro in Tanzania, Africa. 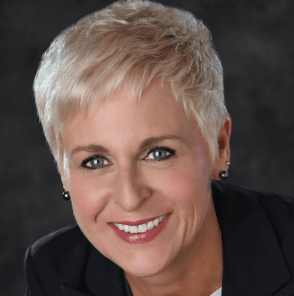 Valarie K. Wafer had a 27-year career as a Tim Hortons restaurant owner, one of Canada’s iconic restaurant brands, where her restaurant operations were widely recognized for their inclusive hiring practices, particularly the employment of people with disabilities.

Valarie joined Rotary in 2005. Currently serving as RI Director, she has served as an RI training leader, 2018 Toronto Convention Host Organization Committee member, assistant regional Rotary Foundation coordinator, and RI president’s representative. She has led a vocational training team focused on youth suicide and depression, audited Rotary Foundation grant projects in Tanzania and Kenya, and volunteered during a 2012 National Immunization Day in India.  She is Chair of the RI Task Force on Diversity, Equity & Inclusion.

Valarie and her husband, Mark — who became a Rotarian after Valarie recruited him during her year as club president — are Paul Harris Fellows, Bequest Society members, and Major Donors to The Rotary Foundation. In 2012, Wafer received the Queen Elizabeth II Diamond Jubilee Medal, in recognition of her leadership with the Economic Case for Inclusion in Canada, an inclusive hiring initiative that was adopted by provincial and federal governments. 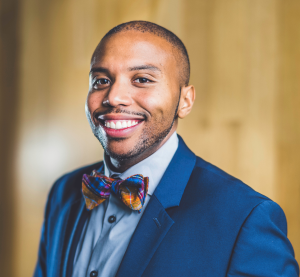 Dr. Todd Jenkins currently serves as the Senior Diversity, Inclusion, and Innovation Leader in Corporate America at a Fortune 400 company and as a Global Inclusion Trainer, Strategist, and Speaker with Bowtie Leadership, Inc. As a consultant, he has worked with several companies such as Walmart, Google, Facebook, American Airlines, Deloitte, etc., oil and gas companies, small and large non-profits, and entrepreneurs. He graduated with honors from the University of South Carolina with two degrees, a Bachelor of Science in Psychology and Sociology, obtained a Master of Science from Illinois State University, and Doctorate from the University of Arkansas. His research area focused on minority professionals, retention, and perception of their supervisor within the workplace. Currently, he is enrolled at Harvard University, completing post-doctorate studies as Harvard Fellow. Also, Dr. Jenkins serves as a faculty member for the Executive Institute on Inclusion and on the Diversity Business Journal Review Board.

Dr. Jenkins is a proud Rotarian and Paul Harris Fellow from the Rotary Club of Fayetteville, Arkansas; he has served as the former Rotaract Advisor, Interact Sponsor, RYLA presenter, Youth Services Chair, two terms on Club Board of Directors, and graduated from his District and Zone Leadership Academy. Dr. Jenkins is currently one of the youngest Youth Exchange District Chairs in Rotary International. He has had the honor to speak at various Rotary districts, zones, and international conventions. Dr. Jenkins serves on multiple boards locally and internationally in education, business, and inclusion initiatives. He has recently been selected and appointed to serve on the first Rotary International Committee – DEI Taskforce to align Rotary’s Diversity, Equity, and Inclusion assessment, strategy, goals, and initiatives.

Today he is known as Dr. “Bowtie Todd,” who has given inspirational talks and education to audiences of all sizes and backgrounds throughout North America, Asia, South America, and Europe. Dr. Todd Jenkins is a proud husband, author, servant leader, and conversationalist who believes in his philosophy “bowtie” it all together, serve and simply be a gift unto the world! 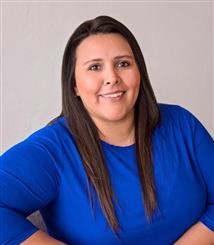 She is Director of Strategic Client Management and U.S. Work at Home Operations with SYKES Enterprises, a customer service and technical support global outsourcer.  Angela has been with SYKES since 1996 and has enjoyed a successful career that has taken her across the country and world leading projects and implementations.

As a member of the Ponca City Rotary Club since 2011, Angela has had the privilege to serve on the board of directors for the past 5 years and was the Programs Chair for 2 years, Membership chair for 2 years, Jr. Rotarian Chair, and Partner in Education Chair where she helped oversee a district grant project in which the club installed an accessible playground at a local elementary school.  Angela is a sustaining member and Paul Harris Fellow +1 and was Rotarian of the Year in 2015-2016.  During her presidency in 2016-17 the club was recognized with a Silver level District Governor’s Citation.  She is also currently serving as the weekly bulletin editor, website administrator, as well as coordinator for a new satellite being formed – Ponca City Rotary Downtown.  She is the first native American to serve as District Governor in District 5750.

At the district level, Angela was a participant in the Rotary Leadership Institute, and during the 2017- 2018 year she began serving as the District Co – Director of Membership and is very passionate about this role and getting the opportunity to exchange ideas with so many great clubs and Rotarians.

Angela has been married to her husband, Charles since 2002 and has a stepson, Dayton who is 19 and a son, Gavin who is 9.  They enjoy games of all kinds, going to the movies, rollercoasters, and are always looking for a new adventure. 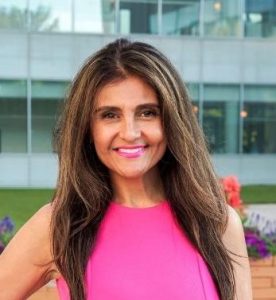 Neli Vazquez Rowland and her husband Brian Rowland, a military veteran, left their successful 13-year careers in finance to co-found A Safe Haven (ASH) 26 years ago.  Today they are recognized as the pioneering architects for one of the most lauded models in the world that helps break the cycle of homelessness.

Neli is a fearless advocate, entrepreneur, non-profit leader, author, and speaker. Since the inception of A Safe Haven (ASH), Neli has worked towards influencing a better paradigm for helping those in crisis and fighting to change the inefficiencies and gaps in government services by advancing an elegant solution to complex problems. Her organization’s innovative, comprehensive, vertically-integrated approach provides individualized, community-based, state-licensed food, shelter, substance abuse treatment, healthcare, education, job training, placement, and phased-housing programs to those in need.

ASH has moved more than 130,000 people including families with children and over 25,000 military veterans from social and economic crisis to independent living and self-sufficiency with their pride and purpose, restored. Thanks to Neli’s experience and training in finance and her entrepreneurial spirit, ASH was at the forefront of realizing the need to establish a more sustainable non-profit model to solve big societal problems. The ASH revenue model is based on private and public partnerships, including social business enterprises. Social enterprises also offer opportunities to employ the formerly homeless and help businesses meet their commitment to social responsibility. Decades before these concepts were mainstream issues and ideas.. .

Neli’s vision, concern for the homeless and quick instincts helped her organization be the first to be prepared to respond to the COVID-19 pandemic. During the pandemic, her organization serving 1,400 homeless, has earned distinction in the field as one of the safest homeless programs in the State with no reported virus outbreaks among staff or residents. Recently, A Safe Haven Medical Respite WON THE CHICAGO INNOVATION AWARD resulting from a partnership with Rush University Healthcare System and the City of Chicago’s department of public health to establish the first isolation 100 bed center in the City of Chicago for homeless people battling the COVID-19 virus.

Neli’s has helped author and pass landmark legislation in Illinois on expanding public and private insurance coverage for community-based state licensed mental and behavioral healthcare. She has received numerous awards and honors for her humanitarian work, and recently was named a Healthcare Hero by Crains Chicago Magazine and received the Chicago Innovation Award for her leadership and innovative response to the Covid-19 pandemic.  She is a veteran non-profit leader and a highly sought after subject matter expert on various topics regarding poverty, opioid addiction, covid-19, economic and housing development and homelessness. She has been featured in the Chicago Tribune, Crain’s Chicago Business, Chicago Sun-Times, Chicago Magazine, Negocios Now, USA Today, and the Huffington Post and on NBC, ABC, FOX News, WGN America, The Steve Harvey Show and Al Jazeera. She has been invited to the White House twice: to be honored as a Rotary International “Champion of Change” and to address the Opportunity Zone conference.